How I Stopped a Gall Bladder Attack Naturally 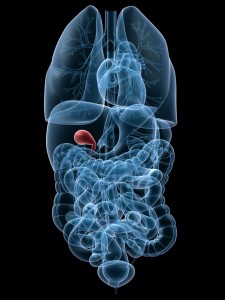 This morning, I woke up anticipating a productive day of making applesauce, playing princess and racing imaginary horses, then finishing a post on Katie’s tooth healing diet.

Instead, I decided it would be much better to have a gall bladder attack. :insert heavy sarcasm here:

Feeling a bit inflamed and bruised for the past 3 days, it was now heartily twanging at me.

This isn’t my first gall bladder tantrum, but I was pretty clueless about what was happening in the past.

The one time I ventured to the E.R., they treated my middle-of-the-night gall bladder attack as a panic attack. Thanks doc.

The modern witch doctor that I am now, I shunned conventional medical care, grabbed my research books, and hopped on the Internet. There were no signs of acute distress or rupture so no need to rush off to the hospital.

That said, I would have probably headed straight there had I been in the dark about what was happening or how to treat it. It’s pretty scary when your insides are going haywire.

After consulting the almighty Google and my favorite voodoo site (okay, not quite voodoo but it is a little woo-woo for most people), I whipped up a concoction that got the bile flowing and added in some additional liver/gall bladder support.

After I finished half of the ACV tonic, it felt like gas started moving around my gall bladder area. Some mild rumbling and grumbling and then what felt like painless bubbles popping. After the ‘popping bubbles,’ the area felt slightly warm (the bile moving) and then I started feeling sick almost immediately.

Pins and needles throughout my whole body, very light-headed, dizzy, and nausea. As the bile flowed, toxins flooded my body faster that they could be filtered out.

If I had another adult at home, I would have headed right for a detox bath. Instead, I found an amazing amount of relief from drinking 12 oz of filtered water. Phew.

Thanks be to Katie for being the sweetest and most patient 4 1/2 year old on the planet.

Twelve hours after the initial gall bladder attack, I am left with only mild soreness and inflammation.

Gall bladder attacks are a result of gall bladder congestion and dysfunction. The liver and gall bladder are part of the digestive system and need to be addressed by first correcting digestion.

You can learn more about healing digestion HERE.