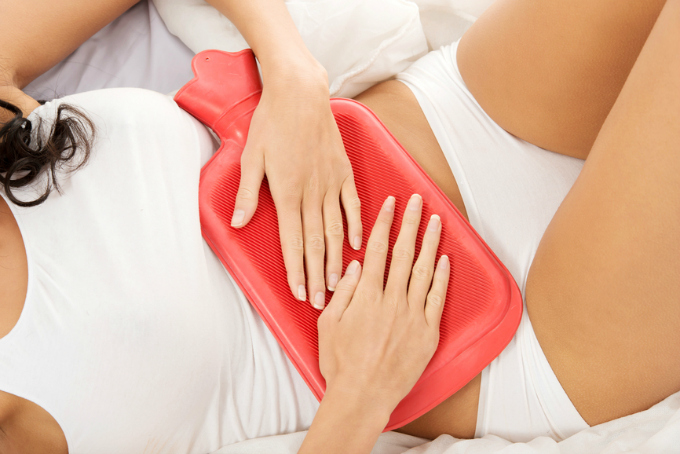 Last week I began using castor oil packs for liver congestion, and I really can’t believe how well they work.

Since we began the Autoimmune Paleo Protocol a couple of weeks ago, I’ve seen my energy bounce back, my skin start to clear up again, and I finally feel back on track with healing.

I had been in survival mode since July – the highly-stressful midterm weekend – and our eating habits were atrocious. Milk, wheat, and chocolates were all weekly indulgences again. It wasn’t pretty.

With the addition of castor oil packs over the last week, my symptoms are almost gone again.

I have read about castor oil packs for years here and there in obscure articles and publications but never thought much of it.

Because the bulk of my research and experience is outside of herbal medicine, I don’t use too many herbal remedies. Most people I work with are also sensitive to many plants so I tend to steer clear.

Over the years, I’ve learned to use instincts to guide me. I recently read about using castor oil packs for clearing toxins from the liver and had an Aha! moment. Hmm, maybe I should give it a try.

After naturally detoxing through a diet change and detox baths over the last few years and following a nutritional therapy protocol in recent months, I felt like I could safely try a castor oil treatment while supporting my detox pathways.

I made the castor oil pack and used a heating pad to keep it warm while I relaxed and watched TV for about an hour before bed. I didn’t feel anything during the treatment but a bit thirsty and ravenously hungry by the time I was done (I think the heat and rest helped me digest).

Feeling sleepy much earlier than usual, I went with it and went to bed early. That was the first night I didn’t spend an hour wide awake in the middle of the night.

Liver congestion = sleep disturbances between 2-3 am.

Often in the form of staring at the ceiling with crazy thoughts and endless to-do lists when you should be sleeping.

The next morning, the rashes were starting to fade and the darkened skin around my eyes had lightened.

I started to see the light.

By evening, I was craving another castor oil treatment. I shut down the computer early and put my phone into airplane mode, so I could tune out. Not an easy thing to do when you’re a blogger.

I spent another hour on the sofa and had a repeat experience of day one. Hungry. Thirsty. Sleepy.

I have only taken 2 days off in the last week, and I am loving the gentle assistance my liver gets when I do a treatment. There has been no detox reactions, side effects, or negative purging.

My eyes are bright and clear. I have no under eye circles or puffiness. The joint pain disappeared quickly once I added them to my routine, and I have lost a lot of the water retention that the diet changes weren’t clearing up so quickly.

Have you ever used castor oil packs? I’d love to hear your experience and where you heard about them.